Making Peace with Texas: A Long Weekend in Austin

I know, I know. You assumed that the next time you heard from the Red Clogger, she would regale you with interesting tidbits about the month and a half she spent in Europe recently: 6 weeks, 7 countries, a veritable tapestry of sublime experiences and succulent tastes. You’re absolutely right to assume such a thing.

And we will get to that. But I’m just back from Texas and it’s high time to settle a score from 32 years ago.

Let me come clean right off the bat. I’ve never much liked Texas. My first foray was on a family (mom, dad, me) cross-country trip in the back seat of a rental car.  I was 13 — an age that really doesn’t go smoothly for anyone involved. What were my impressions of Texas? Well, we very nearly ran out of gas as we traversed the panhandle around Amarillo. We racked up a few more stays at the orange bed-spreaded Motel 6 chain where they left the lights on for us. And we ate barbecue somewhere “out in the boonies.”

Things went downhill from there. At 24, as a brand assistant at Procter & Gamble, I spent my days envisioning how to better market Charmin toilet paper. I devised a promotion to foster repeat business, I helped strategically shift the angle of the baby’s face on the packaging, and I co-introduced a new color palette; now you could grab your TP in seafoam green or delft blue to complement your bathroom hues. But my crowning achievement was, without a doubt, the analysis I performed which segmented toilet paper users into…wait for it…Folders, Wadders, and Crumplers. For this outstanding accomplishment, I was promoted and sent off for 2 months of sales training “in the field.” “The Field” was typically a geographic location of your choosing – in my case, I requested any of the following options: Boston, NY, Chicago, San Francisco, or Jacksonville. But my boss had other ideas. Namely, Dallas. So off I went to Texas, with the eager attitude of a mid-20-something, and a too-casual, boot-deficient wardrobe.

I did well enough on the job, which was no mean feat given my assignment – calling on local grocery stores to sell as many P&G paper products as I possibly could. Just picture a fresh-faced, 5’3” Boston girl trying to engage drawling “Big Bob” Watkins, a Dallas store manager, to buy truckloads of pantyliners to stock on his grocery shelves.

This scene repeated with Stetson-hat-bedecked Billy Clive Smith in Lubbock; only it was diapers. Boot-cut, denim jeans-wearing George Nunez in El Paso? Toilet paper. You get the idea.

In every case I was at least 10” shorter, a decade or three younger, and lacking in Texan savvy. But I was raised with the motivational Latin phrase “Per Aspera ad Astra” (“through difficulties to the stars”), so I persisted.

Texas and I were getting on ok until one night when someone tried to kill me. I had rented an apartment near the alluring Preston mall; aside from the awesome location, it came with a Murphy bed! Little did I know that the owner, a young professional and supposed lawyer, was also involved in a drug ring. Immediately after moving in, I was awakened at all hours of the night to deep breathing and husky throat sounds. “Lance” demanded money and went on about “goods” and South America. This continued for a few weeks until one night, when I was on the kitchen phone (remember those days when phones were attached via cords?), a very large rock came flying through the window, narrowly missing my head. I’ll spare you the details, but suffice it say, the remainder of my sales training experience involved a prolonged stay at the Embassy Suites. Oh — and a lawsuit for breaking my short-term lease. Seriously?

Any warm feelings I might have had for Texas vanished. Subsequent business trips did nothing to repair my impressions. But now I am pleased to inform you that my emotional barometer has shifted to more positive territory, thanks to a truly outstanding long weekend in Austin. And ironically, it was with the same group of Cincinnati friends who were there to support me during the original rock-throwing debacle.

Of course, with Austin being the self-proclaimed Live Music Capital of the U.S., there was a sensational music and fishbowl glass-filled night at Pete’s Dueling Piano Bar, and the Saxon Pub (now opening at the airport!).

We loved riding Segways around town; it provided the perfect opportunity to get up close and see details, like facial expressions on the Confederate soldiers’ monument and the inside of a cookbook café!

One evening, we needed a break from all the steak and ribs, so we headed out to Loro’s, a casual new fusion restaurant that combines the best of barbecue and Asian cuisine. Kicking off the creative and flavorful meal was something I’m still thinking about — Candied Kettle Corn with brisket burnt ends, togarashi and seasalt.  OH!

Donuts always feature prominently in our reunions, so we were delighted to spot the signature pink awning announcing the presence of Voodoo Donuts in town.

But as good as these were, they were completely outdone by a Donut Situation that occurred on a patch of grass adjacent to the Gourdough’s Airstream.

We had been strolling and shopping along lively South Congress St, including popping in to view the $2000 horsehair-embellished boots at Heritage Boots. Convinced that asking locals is always the best way to find great eats, I was told to check out a local ice cream house called Dolce Neve Gelato, so off we went. Just one block shy of this spot, we found ourselves in front of the Gourdoughs Donut Airstream. At Gourdoughs, the donut is incredible, but it functions more as the vehicle for the enhanced gustatory experience.

Dedicated researchers that we are, we deemed it essential to sample at least three different kinds, my favorite being the Funky Monkey, heaped with grilled bananas, cream cheese icing and brown sugar.

The Black Out was also tasty – brownie batter atop a perfect donut, finished with fudge icing and chocolate covered brownie bites. It took a fair amount of restraint not to also try the cleverly-named Son of a Peach, Fat Elvis (grilled bananas and bacon with peanut butter icing and honey), or the Mother Clucker which features a donut base topped with a fried chicken strip and honey butter. (My arteries are clogging just recalling all of this).

After consuming every last crumb, was our sweet tooth satisfied? Well, ummm… errr… the gelato was just right over there…and so, yes we did top it all off with delicious gelato in unique flavors such  as custard with lemon zest, chocolate with candied orange peels, and ricotta, honey and pistachio.

Unfortunately, that did not herald the end of the caloric damage as we still had the next day ahead of us. After racing at the Circuit of the Americas, we were tipped off to head to Moonshine Grill for lunch.

Moonshine is in a historic Texas landmark structure. Originally built between 1850-1875 for a German immigrant named Henry Hofheintz, it functioned as a grocery and dry goods store for nearly 100 years. And now it serves really tasty and very filling Southern food.

We started with another take on popcorn, big baskets of salty yellow kernels flecked with a reddish spice blend, and then made our way through the hot pretzels with whipped pimento cheese, fried chicken and waffles (with chipotle cream gravy), green chile cheddar grits, baked macaroni, sweet potato fries, mini corn muffins, and – oh — a salad!

I promise you that after consuming this meal, I could not eat another morsel for a full 24 hours. Not the free samples of chocolate at the flagship Whole Foods store later that day. Not the Salt Lick Barbecue (directly AT my airport gate) which had been recommended by just about everyone who heard of our trip. Nor could I engage in my other favorite activity – perusing cookbooks (at a great shop called Book People). That should give you an idea of what gluttons we were – and how tasty the food was.

So I am now officially a fan of Austin and in recovery mode from my earlier Texan tribulations.  I’ll be reliving our Austin-tacious weekend by cooking up some of the best bites and I’d love to share these with you. Inasmuch as the fried chicken and waffles were amazing, you’re not really going to make those now; it’s much too busy a time of year.

Instead, I’m gifting you with a recipe for something that will come in handy around the holidays AND represents two of my favorite experiences in Austin: popcorn and pecans – here are Pecan Praline Popcorn treats!

We ate popcorn 4 times in 4 days and one of my fondest memories was collecting just-fallen pecans at the edge of the capitol building, where Georgia, the Texan, waited to welcome us.

cayenne pepper to taste, if desired

In a wide heavy pot (at least 4 quarts), add the sugar and stir over medium heat so that it melts evenly.

Reduce heat to low. Stir in butter, pecans, cider vinegar and salt. When butter is almost melted, add popcorn and stir to coat. Turn off heat.

Quickly press mixture in baking pan with spatula or using wax-paper to guide pressing the popcorn into the pan. Mixture will be very hot and sticky, work as quickly as you can.

Cool completely before cutting or breaking into pieces. 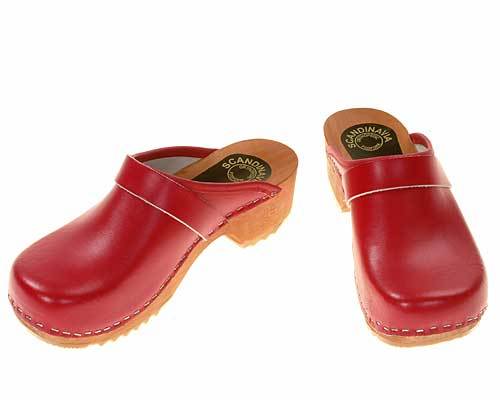 Why the Red Clogs? Read More